Pietro Cavagnino and Antonio Gatti established their workshop. They designed and built small semi-automatic machines that helped the wine-cellars to bottle the wine. These were pioneering years: Canelli was the Italian capital of wine and the wine-making mechanical sector was constantly expanding. 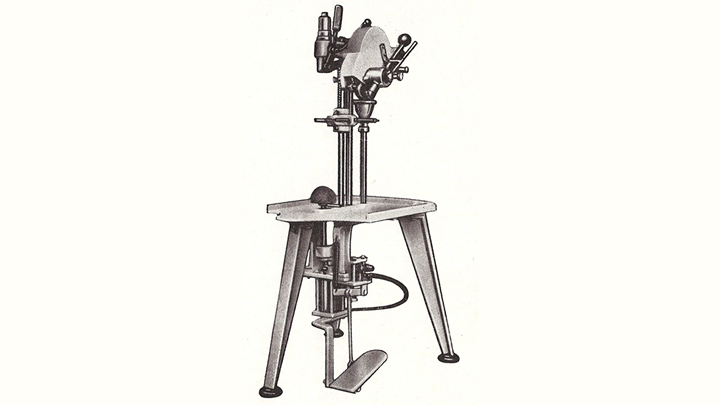 The need for automatic packaging increased. Pietro and Antonio developed the first labelling machine bearing their name: Cavagnino & Gatti. The components were made by hand, part of the mechanical transmission was taken from an American military vehicle and the engine was made of cast iron, bearing the Ansaldo trademark. Still today, that extraordinary labelling machine is in display at the entrance of the company.

The sixties brought innovation and development. The CG 61/D was born, the first great success of Cavagnino & Gatti: over 4,000 units were sold worldwide. It was one of the very first examples of automatic in-line labelling machine for bottling purposes: compact, versatile, able to handle up to 3 labels at the same time. It will be built and improved for the subsequent 30 years. 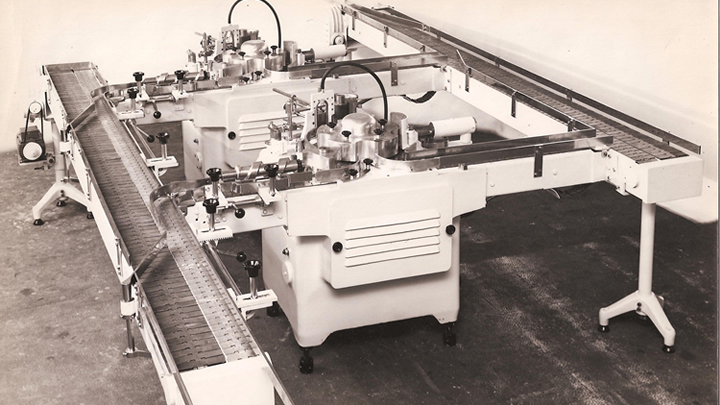 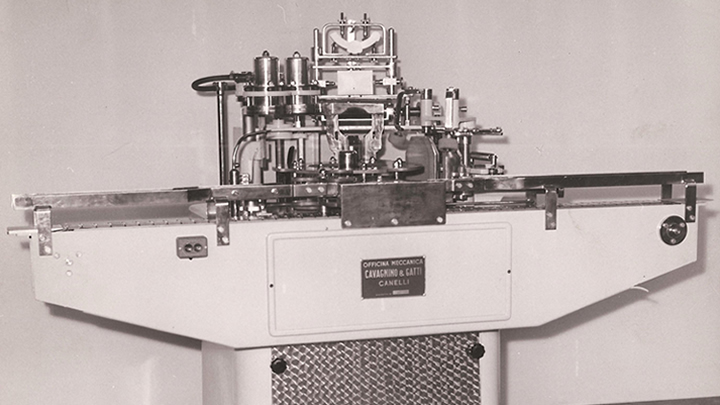 Cavagnino & Gatti developed the CG 64, intended for bottles of sparkling wine and champagne, capable of labelling and closing capsules in a simple and effective way. Sales of this product were exponential, particularly in France and Italy. The company established itself as one of the main manufacturers in the wine-making mechanical sector in Canelli, at whose school the future technicians of the area were trained.

EVOLUTION OF THE ROTARY MACHINE

From 2,000 to 4,000 bottles an hour, that was the challenge. The CG 72 was born, allowing Cavagnino & Gatti to access the market of large companies: speed and efficiency were required. The gluing kinematics were developed in a totally innovative and original way. 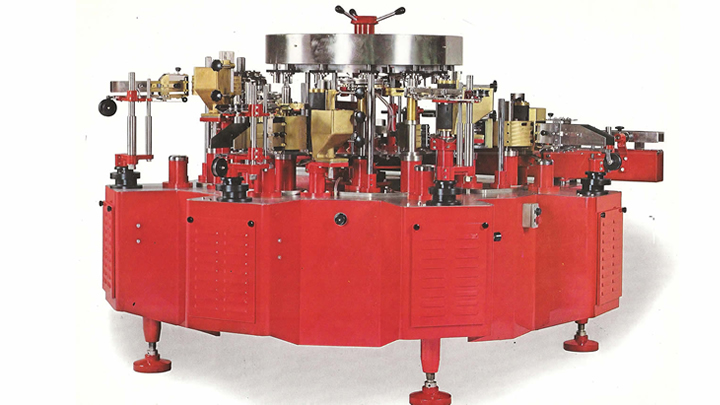 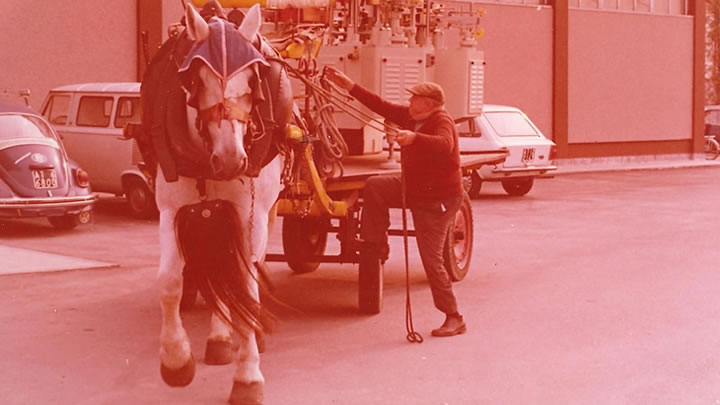 The transport of our labeling machine to Riccadonna, from the last casing of Canelli.

Antonio Gatti left the company and Pietro Cavagnino continued to run the business. A label pick-up system from a stationary label magazine was designed for the wet glue labelling machines that could be fed by the operator, without interrupting production: thanks to the CG78 machine, the production increased from 4,000 to 10,000 pieces per hour. . 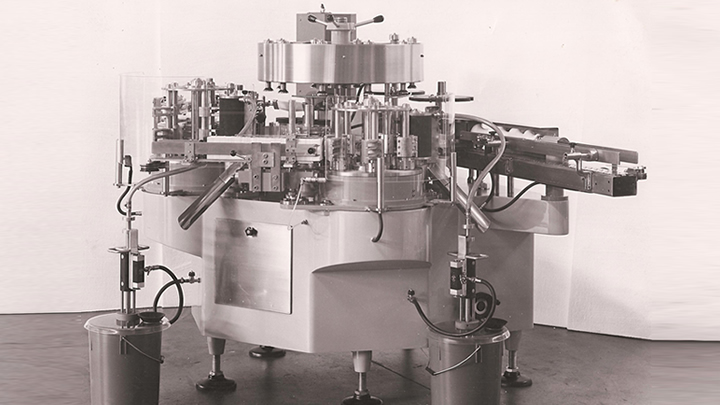 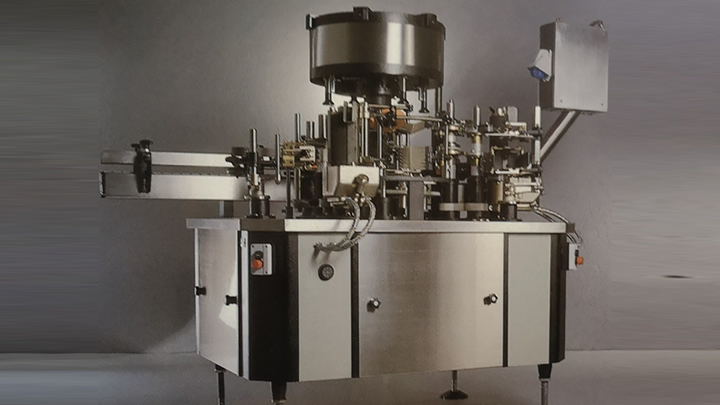 Mario and Bruno, Pietro Cavagnino's sons, joined the company. In the meantime, the small manufacturers market asked for back labels and Cavagnino & Gatti met the needs with a compact rotary machine, the CG80: it was therefore possible to offer a more complete labelling solution, even for small and medium sized companies.

THE MOST IMPORTANT PATENT

Compact, fast, accurate and with unmatched versatility. The CG 84 was the flagship of Cavagnino & Gatti, a concentrate of technology that is still today the basis of CG adhesive paper solutions. That was a solution for all formats thanks to an operation of "engineering streamlining": changing format no longer required to remove many gluing segments, but a single component. 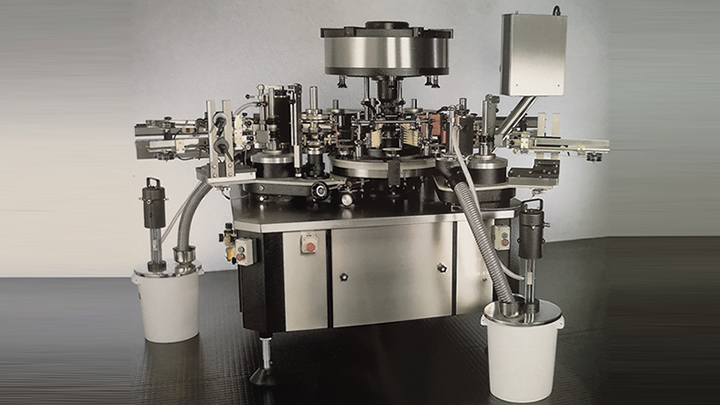 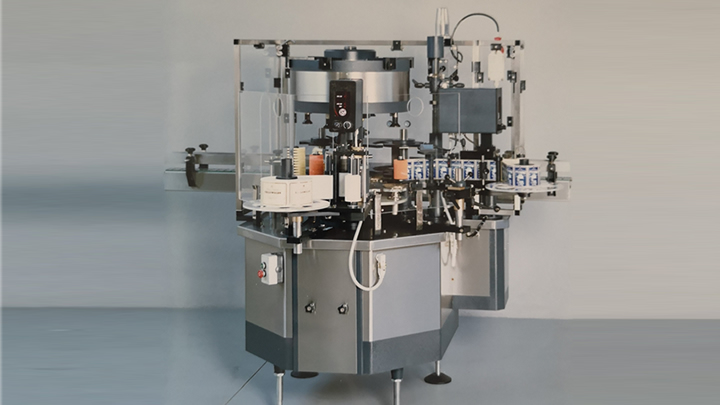 THE ERA OF SELF-ADHESIVE LABELS

The market requested self-adhesive labels, in reels: the company therefore switched from mechanics to electronics. Cavagnino & Gatti began to experiment and this led to the creation of cutting-edge solutions: labelling machines with up to 7 labelling stations capable of affixing labels with complex shapes, without the need for complicated additional equipment.

Cavagnino & Gatti designed a technology that radically changed quality labelling and greatly expanded the possible applications. It was the MP programmable platform rotation system with which it was possible to program the movement of a single bottle platform. 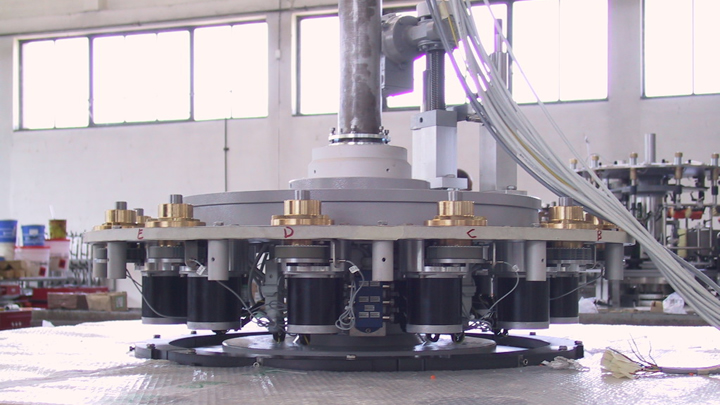 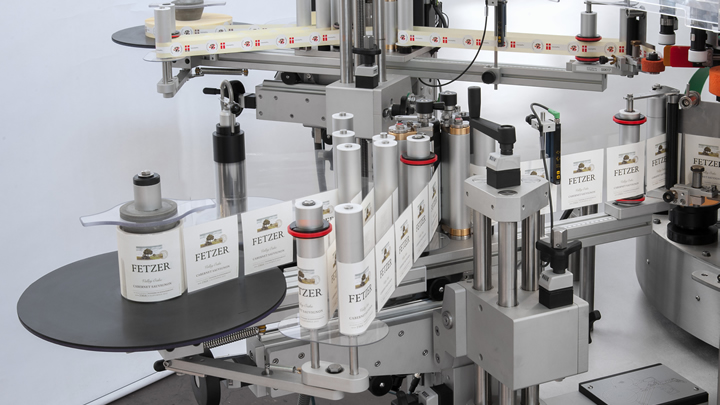 The YPS self-adhesive groups were launched, capable of reaching 90 meters per minute, with the possibility of automatic positioning to optimize all movements. The automatic axes are 4: vertical, horizontal, slope and tilting. The push&pull system was developed to distribute the labels thus avoiding possible breakage of the support film.

8,000 square meters of factory space, 70 direct specialised employees, a consolidated supply network with over twenty years of experience, 10,000 machines operating worldwide and over 3 billion labels affixed each year: Cavagnino & Gatti is one of the main companies in the field of precision labelling machines, since it combines experience and creativity, reliability and innovation. After the third generation of the family, represented by Ilaria and Rosamaria Cavagnino, joined the company, the latter started to work on the future of labelling machines, optimising the various application stages, pursuing greater precision and flexibility for increasingly complex and original packaging and simplifying the need for the operator's intervention. 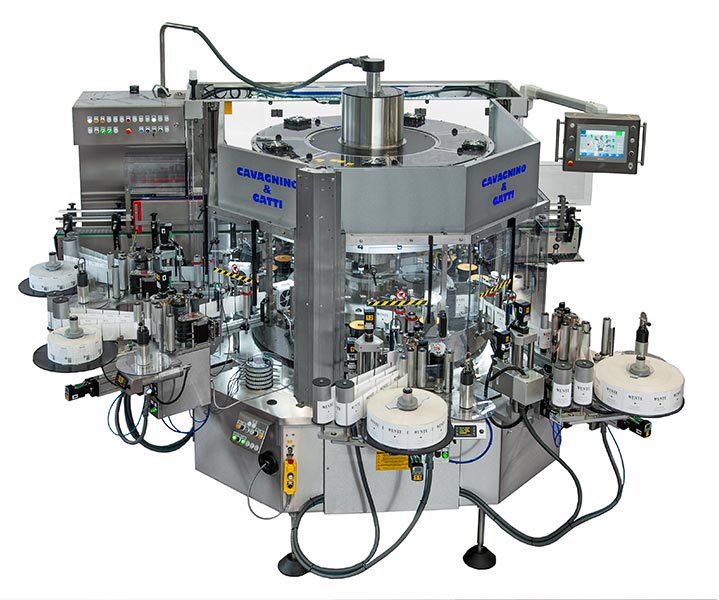